The interior of Grand Central Station, with the sun streaming in through the window. (© Bettmann/CORBIS) 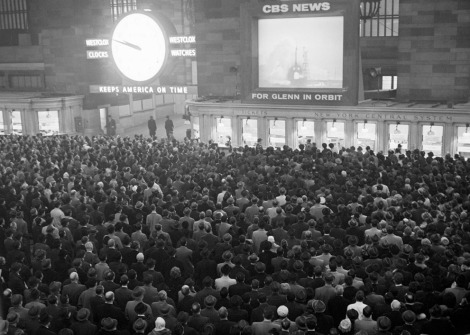 A workman lies atop the eleven-foot arm of Mercury, part of the statuary at Grand Central Station