The son of a stern Lutheran pastor who eventually became chaplain to Sweden’s royal family, Ingmar Bergman was raised under strict discipline, on occasion spending hours in a dark closet for infractions of his father’s rigid ethical code. The traumatic experiences of his childhood were later to play a significant role in his work as a stage and film director. He fell in love with the theatre at the age of five, after seeing his first play, and at the age of nine conjured up a toy theatre under a table in his playroom. He became involved in stage production, as an actor and director, at the University of Stockholm, where he studied literature and art, and after graduation he became a trainee-director at a Stockholm theatre. During that period he wrote a number of plays, novels, and short stories, most of which he failed to have produced or published. He entered the Swedish film industry in 1941 as a script doctor. His big opportunity came in 1944 when he was assigned to write the script for Hets (titled Torment in the US, Frenzy in the UK) for director Alf Sjöberg. The film became an international success and the following year Bergman was assigned his first film as director.

Bergman’s early films are in themselves largely insignificant, but they are interesting from a film historian’s point of view as works that contain the seeds of the director’s artistic development and hint at greatness to come. They typically dealt with problems and frustrations of the young and the generation gap in Swedish society. Bergman’s first important film was Fängelse (The Devil’s Wantonin the US, Prison in the UK), released in 1949. It is the first complete Bergman work, drawn from his own original script, and it is imprinted with many of the expressive means that were to become identified as the director’s personal style. The plot, dealing with events leading to a young prostitute’s suicide, is dotted with references to God and Devil, Life and Death–philosophical and ethical questions that were to torment Bergman in many of his future films.

Another consistent Bergman theme–the psychology of women and their introspective inner world–began to emerge in his next film, Törst (Three Strange Loves in the US, Thirst in the UK). He later developed the theme further in such films as Sommarlek / Illicit Interlude / Summer Interlude (1951), Kvinnors Väntan / Secrets of Women / Waiting Women (1952), Sommaren med Monika / Monika / Summer with Monika (1953), Kvinnodröm / Dreams / Journey Into Autumn (1955), and Sommarnattens Leende / Smiles of a Summer Night (1955). The inner world of women remained an integral part of the Bergman theme in many other films, within the context of broader issues and personal concerns. A landmark in Bergman’s development was Gycklarnas Afton / The Naked Night / Sawdust and Tinsel (1953), a film that reveals the director’s maturation as a visual stylist as well as a philosophical artist. But Bergman remained an ignored director at home and virtually unknown abroad until Sommarnattens Leende / Smiles of a Summer Night (1955) and Det Sjunde Inseglet / The Seventh Seal (1957) catapulted him into fame as a new Scandinavian master by winning prizes at the Cannes Film Festival.

The Seventh Seal in particular, a film dealing allegorically and agonizingly with the philosophy and metaphysics of man’s relationship to God and his encounters with the idea of Death, created a Bergman vogue in art theatres all over the world. His films began reflecting more and more his personal, inner world, his anguish and fears, his joys and hopes. He developed a team of players which grew into a virtual stock company, in his stage productions as well as in his films. Gunnar Björnstrand and Max von Sydow were his most notable male protagonists. The latter came to be identified over the years as Bergman’s on-screen alter ego, an incarnation of the artist’s torment and doubts. Actresses who played an important role in Bergman’s screen dissertations include Bibi Andersson, Harriet Andersson(they are unrelated), Ingrid Thulin, and Liv Ullmann. The latter lived with the director for many years and gave birth to his child. Gunnar Fischer and later Sven Nykvist were his regular cameramen, providing the visual boldness that was so necessary for his themes.

Another landmark film in Bergman’s career was Smultronstället / Wild Strawberries (1957), which deals powerfully and profoundly with the subject of man’s isolation, and like several others of the director’s films uses a journey as a plot structure. The film marked a pinnacle in the international Bergman cult, after which his reputation went into an anticlimatic semidecline. The Bergman “trilogy” of the early 60s, which consisted of Såsom i en spegel / Through a Glass Darkly(1961), Nattvardsgästerna / Winter Light / The Communicants (1963), andTystnaden / The Silence (1963) met with mixed critical reaction, possibly because of the director’s overly ambitious attempt to deal in physical film terms with the complex metaphysical question of the existence of God and the equally difficult-to-sustain phenomena of human isolation and alienation. Of the three films, The Silence fared best with critics and audiences. But Bergman enjoyed a significant resurrection of reputation with Persona (1966), a film that marked his departure from metaphysics toward the realm of human psychology. This renewed reputation was further enhanced by Viskningar och Rop / Cries and Whispers(1972).

The year 1976 was a traumatic one in the life of Ingmar Bergman. On January 30, while rehearsing Strindberg’s “Dance of Death” at Stockholm’s Royal Dramatic Theatre, he was arrest by two plainclothes policeman, booked like a common criminal, and charged with income-tax fraud. The impact of the event on Bergman was devastating. He suffered a nervous breakdown as a result of the humiliation and was hospitalized in a state of deep depression. Even though the charges were later dropped, Bergman was for a while inconsolate, fearing he would never again return to directing. He eventually recovered from the shock, but despite pleas by the Swedish prime minister, high public figures, and leaders of the film industry, he vowed never to work again in Sweden. He closed down his studio on the barren Baltic island of Fårö and went into self-imposed exile abroad. In April of 1976 he visited Hollywood and announced plans to make films in the United States. His next was a German-American production, which he filmed in Munich. The film, The Serpent’s Egg (1977), deals with the collapse of the German currency and other events of the 20s that paved the way for Hitler’s rise to power. It was followed by a British-Norwegian co-production Autumn Sonata (1978), in which for the first time he directed another famous Swede, Ingrid Bergman. Although he continued to operate from Munich, by mid-1978, Ingmar Bergman seemed to have overcome much of his bitterness toward his motherland. In July of that year he was back in Sweden, celebrating his 60th birthday on Fårö and resuming his work as a director at Stockholm’s Royal Dramatic Theatre. To honour his return, the Swedish Film Institute launched a new Ingmar Bergman prize to be awarded annually for excellence in filmmaking.

In 1983, just when it seemed his career had gone years past its zenith, Bergman astonished the film world with what many consider one of his finest achievements. An intimately personal work, Fanny and Alexander offered a mature, sober reappraisal of the themes and soul-searching questions that preoccupied the director throughout his career. But the film was surprisingly mellow and accessible to a wider audience. Gone were the pessimism and anguish that characterized many of his earlier films. Instead, filmgoers found an exuberant affirmation of life, love, and faith, bathed in vivid colors–a hopeful summation of a cinema poet’s lifelong inner conflict. Fanny and Alexander fared commercially well in the US, where it won Academy Awards for best foreign language film, best cinematography, best art direction, and best costume design. Bergman was nominated for best director. The film also shared the International Critics Prize at the 1983 Venice Festival. After the film’s release, Bergman announced his retirement from filmmaking. Within a year he was back, however, with After the Rehearsal, a small-scale production originally made for TV that went on to receive theatrical distribution.

Ingmar Bergman, for years now a dominant figure in Swedish theatre and cinema, is widely recognized as one of the leading film artists living today. He is among a select few directors who have consistently used the medium of cinema as a creative art of personal expression, and among an even smaller group that has been able to exercise near-complete freedom and total artistic control over its film product. He is the author of autobiography The Magic Lantern (1988) and film memoir Images: My Life in Film (1993). He wrote the novel The Best Intentions(1993), based on his parents’ lives, and the screenplay for the 1992 film on the same subject.

FEATURE FILMS AS WRITER ONLY 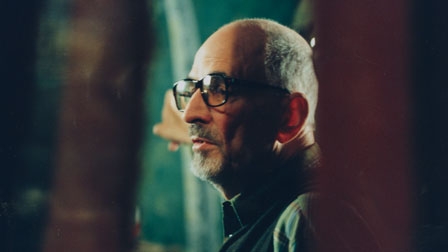 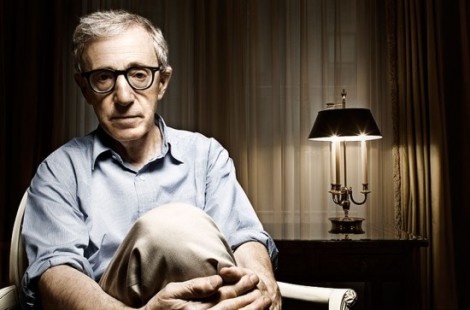 “Bergman evolved a style to deal with the human interior, and he alone among directors has explored the soul’s battlefield to the fullest. He created dreams and fantasies and so deftly mingled them with reality that gradually a sense of the human interior emerged. By rejecting cinema’s standard demand for conventional action, he has allowed wars to rage inside characters that are as acutely visual as the movement of armies.” – Woody Allen

“I want very much to tell, to talk about, the wholeness inside every human being. It’s a strange thing that every human being has a sort of dignity or wholeness in him, and out of that develops relationships to other human beings, tensions, misunderstandings, tenderness, coming in contact, touching and being touched, the cutting off of a contact and what happens then.”